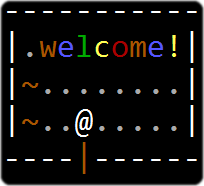 Hi, Fyr! Welcome, and thanks for joining NetHackWiki!

This is an automated greeting. -- The Welcome Bot

Just wanted to let you know that I implemented your Paradise Island YANI in dnethack.

Hi there! We don't know each other yet, but I'm the dev team of the Slash'EM Extended variant and use the "everything and the kitchen sink" approach. Thus, I'm always looking for new role/race/dungeon level YANIs that I can steal. May I steal and implement your Pirate and Diver roles as well as the Paradise Island map (and possibly others if you create any)? That would be very nice, and of course I'll say in the credits that they were originally your ideas! :-) --Bluescreenofdeath (talk) 08:47, 24 June 2014 (UTC)

Great! On a side note, are they just YANIs or are you actually implementing them in the source code? If the latter is true, implementation in Slash'EM Extended will be very easy; otherwise, I'll try my best to implement them myself. However, Slash'EM Extended also has a _very_ crowded dungeon already, which is really close to the maxlevel cap (127, and I can't seem to be able to increase it); also, there are so many special levels already that I won't be able to add even more. Thus, the Subterranean Ocean levels would probably be added to the collection of Heck levels instead, meaning they will have a random chance to spawn whenever the player enters a Heck level.

Also, it'll be some time until I can actually start adding any new stuff since I still have a character in progress. But once that one dies (which is bound to happen sooner rather than later :D), I'll gladly implement a lot of your YANIs in my variant. Thanks a lot! --Bluescreenofdeath (talk) 10:16, 24 June 2014 (UTC)

No problem. I unfortunately have no knowledge of coding whatsoever; someday it might be nice to try to learn a bit, but at this point I'm happy to rely on whatever you come up with. Whenever you do get around to these ideas, feel free also to change anything that you think could be better than the way I've imagined it. Part of the reason I'm putting them up is to stimulate other folks' creativity. --Fyr (talk) 10:29, 24 June 2014 (UTC)

Okay, your Paradise Island/Lost Atlantis/etc. levels as well as your Diver/Gladiator/Pirate roles made it into Slash'EM Extended version v54. :) Since there was a Pirate role already, your version of that role had to be renamed for my fork; I chose to call them "Korsair" instead, which basically is a title used by pirates. Also, some other slight changes have been made to make things fit into the general theme of my variant. The Subterranean Ocean levels can just appear randomly in the Dungeons of Doom and Gehennom; they're not guaranteed to show up in every game, but rarely the player may even encounter the same one several times. Thanks for all the ideas, and keep them coming! --Bluescreenofdeath (talk) 10:59, 17 July 2014 (UTC)

Permission to copy your YANI stuff over to the mainspace and modify it to reflect its inclusion in SlashTHEM? --Umbire the Phantom (talk) 10:43, 12 September 2021 (UTC)